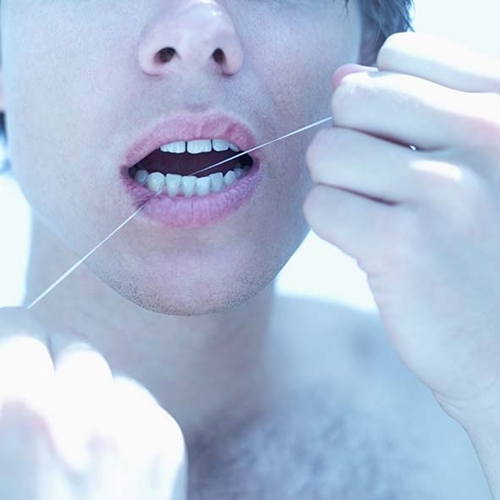 There are a lot of ways to describe gum disease – gingivitis, periodontitis, receding gums and inflammation. But whatever term is used, the result may be the same. Tooth pain, inflamed gums and possible loss of teeth in extreme cases can result.

Gingivitis accounts for about 70 percent of gum disease and usually shows itself by bleeding when teeth are brushed and flossed or by the presence of continuous bad breath. It starts with bacteria lodged at the gum line when teeth aren’t properly cleaned and can lead to inflammation.

Left untreated, gingivitis may evolve into periodontitis, a more serious form of gum disease that occurs in about 30 percent of cases. Typically, periodontitis develops when inflammation has proceeded to the point that connective tissue and the bone that supports the teeth are affected.

While the teeth may remain healthy, if the gums aren’t strong enough to support them, tooth loss can occur, according to WedMD.com. That’s why it’s important to keep gum disease at bay at the first sign of a problem. Receding gums, pain at the gum line, sensitivity to hot and cold or red, puffy gums are indications that inflammation is present and gum disease has begun.

When gum disease occurs
Gum disease can begin as early as the teen years, although it is principally a condition of aging. Most people don’t experience this dental problem until they are past the age of 40, and it tends to worsen as people get older.

The American Dental Association warns that other factors can bring about gum disease, such as pregnancy and the hormonal changes that stem from it as well as health problems such as diabetes. Certain medications may aggravate gum health as well. As a result, patients should tell their dentists of any health issues they are experiencing.

Smoking is also a culprit, because the toxins in tobacco can contribute to gum loss. Stopping the habit will not only help halt the progression of gum inflammation, but it will improve the appearance of teeth, which can yellow from contact with tobacco.

Lessen gum problems
By far, the biggest influence in developing gum disease is the lack of good dental hygiene. When people don’t brush, floss and rinse with mouthwash on a regular basis, they aren’t cleaning away substances such as food and beverages that will coat their teeth and gums and cause damage. That leads to plaque buildup and tartar on the teeth, which may irritate and inflame the gums.

Dentists recommend using a soft-bristle brush and gentle brushing because it is easier on the gums and tooth enamel. Brushing two or three times a day and flossing at least once is often advised, along with regular rinsing with an antiseptic mouthwash.

The importance of flossing at least once – and preferably twice – each day is also stressed by dentistry experts. Floss penetrates deeply between teeth to get rid of any food bits and bacteria that may remain after brushing. It also strengthens the gums and helps to remove plaque before it builds up to a damaging level.

Prevention counts
The gums are the glue that cements the dental structure together. They encase the roots and nerves and hold teeth securely to the bone. Paying attention to gum health is as important as taking care of one’s teeth. By checking for gum disease early, people can prevent teeth from loosening or sensitivity around gum lines from occurring.

Regular check-ups at the dentist office will allow the condition of gum tissue to be evaluated periodically. Any deterioration will show up on X-rays along with tooth decay that has developed.

Advice for Preventing Cavities Reasons and Remedies for Tooth Discoloration Why Flossing Is a Must, Not a Maybe